Difference between revisions of "Econ101"

Econ 101 as it Relates to Wet-Shaving[edit | edit source]

This article is intended to help you understand how markets work, and why establishing the "value" of a razor or stone can be so difficult.

For those that want a short, simple answer, the first sections give a brief answer to common questions with a short explanation. For those wanting more information, the sections that follow explain some basic economic concepts and how they can be applied to the markets for razors, sharpening stones, and other shaving paraphenalia.

Should I buy this razor for $xx?[edit | edit source]

No one but you can answer this.


Value is a highly subjective concept. Value to an individual can only be established by the individual.


Often the real question being asked is not so much "Should I buy this razor for $xx?" as much as "Is the market value for this razor $xx?"

That brings us to the next question:

How much is my razor worth?[edit | edit source]

Again, the real question being asked is: "What is the market value of this razor?"

To truly establish that, we could come up with a price range that the market would bear based on statistical analysis of a market survey. To do that would cost tens of thousands of dollars.

Your razor ain't worth that much.

People experienced with vintage razors can make an educated guess based on sales of similar razors, but are still not able to establish a firm market price.


That's why we don't do appraisals on SRP - there is no definite answer.

If you want to do some leg-work and come up with an approximate price range, for which the market value of your razor is likely to fall into, you can look at completed eBay auctions of similar razors.

For more information on how to do that, see: [eBay Lookup Info Page]

"Supply and demand" is a phrase that gets thrown around a lot when it comes to prices of razors, stones, and other wet-shaving paraphenalia. Usually when the phrase comes up is to explain seemingly unexplainable prices: "Well it's supply and demand" someone will say.

Let's take a look at how supply and demand works, and hopefully explain how market pricing works as well.

First, let's look at demand. If we were to survey wet-shavers about how many DOVO Best razors they would be willing to buy at a given price, we would end up with something like this: 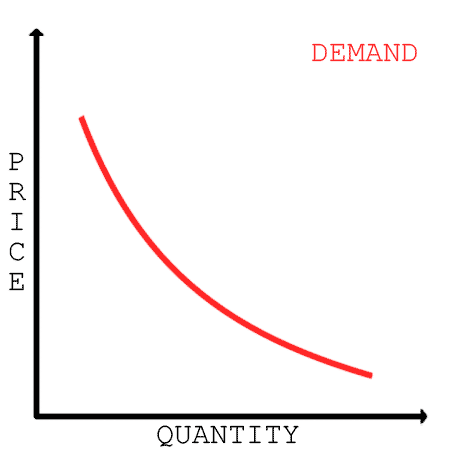 As you might expect, it works exactly the opposite of demand: at high prices a lot of people want to sell, at low prices not very many will sell. On a graph, it would look something like this: 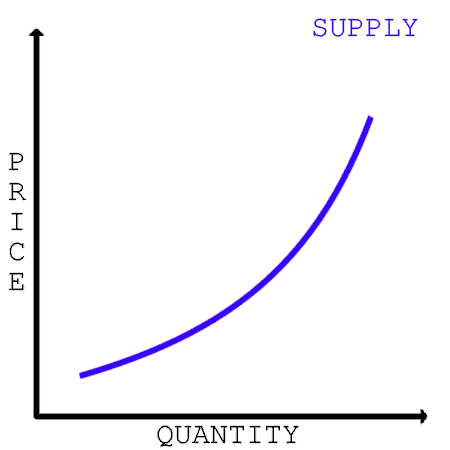 If we put those curves together, we can get an idea of what will happen in normal market conditions:

In a normal market the price of an item will be the equilibrium point - where the supply and demand curves cross. For most goods, this is where the market price ends up.

Say a particular razor has been selling at it's equilibrium price for a long time - supply and demand are stable. Then, one day, someone posts to a high traffic internet forum with really nice pictures of the razor, and a review stating how well it shaves. A lot of people see the review and decide that they would like to buy that razor. What happens is that the entire demand curve moves. More people are willing to buy at all of the price points along the curve. 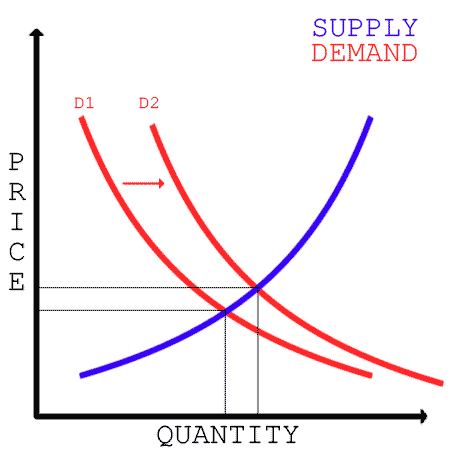 Now, all of this assumes that there is a ready supply of the razors to keep up with demand. If the supply were lower to begin with the curve might have a different shape.

What happens though, when the supply goes down over time?

There was a very popular Polish razor that even though it wasn't produced anymore was readily available for a long time. As time has gone on, less and less of those razors are available, and what used to be a $15 razor has skyrocketed in price. Here's what happened: 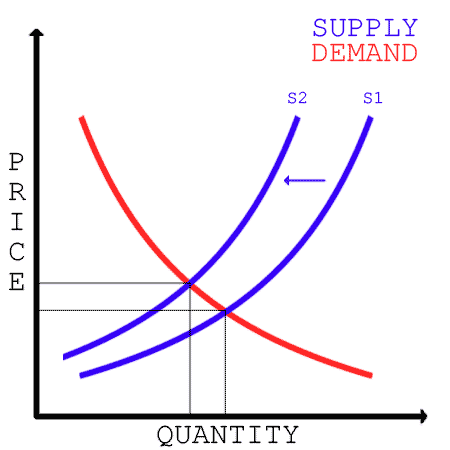 The available supply has gone down over time. This has moved the entire supply curve to the left. Note that the demand for the razor didn't need to change - simply having less of them available caused the price to increase.

(I suspect that for that particular razor, the demand did change as well - causing a more dramatic change in the price)

Say the seller doesn't know what they have - they have one razor that they are willing to sell for whatever it sells for. It's the only one like it on the market.

This will cause the supply curve to be a straight vertical line at a quantity of one - I have one and I'll let it go for any price.

The only question then is where does the demand curve intersect?

Here's what it looks like for a truly rare item that is in demand:

Note that if only one item is being sold, it only matters what the buyer willing to pay the most is willing to pay for it (or in the case of eBay, the top two bidders, as the second one needs to drive up the bid of the first).

Also note that the graph attempts to explain why some people find prices crazy that others think are perfectly reasonable - it all depends on where you are on that curve.

Here's a case of a seller willing to take any price on a razor that is not as rare or highly sought after: 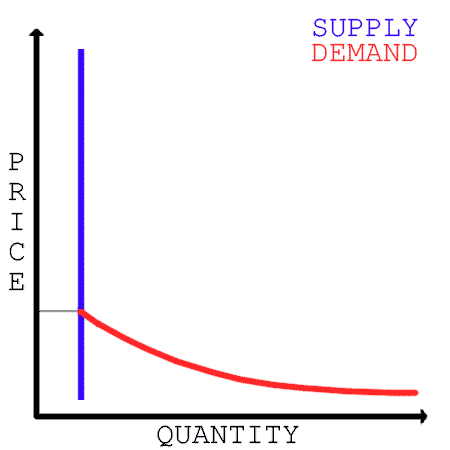 Note that the item can be rare, but not sought after.

If you have a razor from Jones Hardware in Anytown USA, it might be the only one like it in existence. To the market though, it may be just another generic hardware store razor.