Opened in 1789 and still retailing old stock. Produced the Tam O Shanter and Water of Ayr Hones, which are also known as Scotch or Snakestones. Also retailed hones from other quarries including the Dalmore Blue from Craiksland Quarry and a fine stone from the Meikladale Mine. The Dalmore Yellow is a coarse stone, sold under the trade name Mikado, but I haven't been able to find out anything more about it's provenance, aside from the fact that it was retailed by the honeworks at a price of approximately 2/3 rds that of the TOS. There is some confusion as to the distinction between the the TOS and WOA stones, as both were sold under the same name early on. WOA is now considerded to apply to the darker, finer stones and TOS refers to the speckled stone. There is also a variant of the TOS, that is sold as the White Tam O Shanter. Also sold stones for "special purposes" under the names of "Montgomeriestone Hone" and "Soutar Johnny Stone." 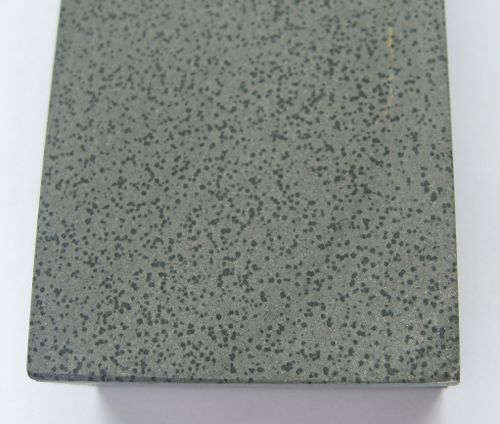 Kenneth Montgomerie is still selling some of the Tam O'Shanter hones from what remains of the stone he removed before the quarry was shutdown.

A 10ft bed of material similiar in appearance and quality to the TOS. Never commercially exploited.

Working in 1810, but no further information is available about the type of stone produced.

These are two separate sites, sharing the name Meikledale. Meikledale Mine was a hone-stone mine opened in the 1920's, and still being worked intermittantly upto the later years of the twentieth century. The stone from this mine is described as being finer, but less pure than the TOS. Combo stones were made using a TOS and the blue Water of Ayr stone from the Meikledale Mine. Meikledale Quarry was a hone-stone quarry worked from about 1881 until the stone was cut off by a fault in 1926. It has now been filled in.

Laminated marble from the river bed was used to make hones and whetstones.

A hone-stone quarry recorded in 1900. A very hard and pale grey baked mudstone. William Alton may have been referring to this quarry when he wrote: " Hones, or whetstones of an excellent quality , are found at Gadgirth and many thousands of them are dug up and sold."

The Dalmore Blue stone was quarried here, but was sent to the Water of Ayr & Tam O Shanter Honeworks Ltd. to be processed and retailed.

Produced the Fergo-Glass Razor Hone. Based upon it's shape, I suspect that this hone was designed for straight razors, as opposed to DE blades, unlike the majority of glass hones. More details here Scottish Glass, FERGO-GLASS, D Ferguson & Co, Glasgow (Razor Hone)

There is some confusion with the names of the scottish hones, having gone through changes over the years. The Tam O' Shanter as it is known today was at one time also refered to as the Water of Ayr. Water of Ayr at one time may not have referred to the very fine grade to which it is applied today.