Sold by George Toby, a turn of the century Syrian wholesale merchant

This razor has a worked spine and what may be considered a Spanish tip or point. The face of the blade has been colorfully etched and the celluloid scales are beautifully carved.

The newspaper clipping shown here describes an elaborate Syrian wedding for George Toby's son Moses in 1912. The ritual included a shave for the groom where each wedding guest would help lather him and shave a portion of his face.[2] 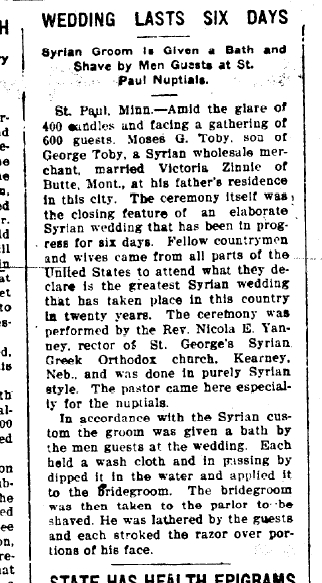