The company was founded in 1873. Initially employing only a few workers, starting out small, it develops into the most important company in the razor manufacturing industry. Before the war, the number of workers was already about 600. The company was the first to break with previous methods of operation in the manufacture of the razor, taking advantage of many technical improvements, fundamentally modernized. The first led to the hollow grind, and thus contributed to the great uplift of the entire industry. In addition to the numerous recognitions testifies to the highest awards of the various world-class exhibitions, ERN's reputation makes. Since 1921 until now, the company has made, in addition to its specialty items, strops and tin snips. This article announces a special, modern factory in Solingen under the name "Turban Shear Factory."[1] 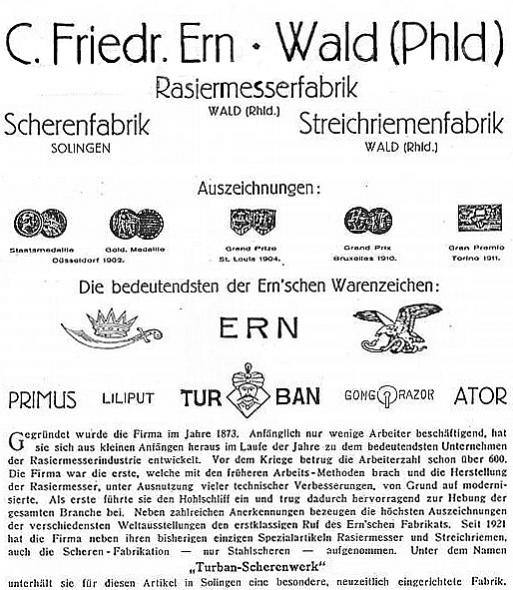